When investigating the differences between the white light colors of 6000K and 6500K, it is usually regarding automotive headlights, as these are commonly manufactured HID and LED choices.

Other lighting products use these colors of white too, so we’ll show you what these definitions mean and make some comparisons.

For an informed choice, it’s worth knowing that the range of white light is classified as a color temperature scale, measured in degrees of kelvin (K).

The Kelvin scale ranges from 1000K to 10,000K, with the lower kelvin numbers resulting in amber to yellowish light while the higher the Kelvin rating, the whiter the light color.

All white light is created from a specific mix of red green and blue light. Whether from LED, Xenon or HID, it is chosen at a specific kelvin scale and will contain more blue light in the mix the colder the light is from the higher kelvin amounts.

The two light sources would appear different if you compared them side-by-side, especially when viewing the LEDs directly, but seen without comparison they could be mistaken as identical.

Many people prefer the higher kelvin rating of 6000K or 6500K when they are looking for a modern, high-tech look. This may be achieved with aftermarket HID lights, LED strips and headlight bulbs.

These colors of white can also be used to light up commercial premises such as shops or warehouses and are a popular choice with some modern interiors.

On the other hand, many people prefer to use pure white light for its good visibility, which is why it’s used for headlights in cars.

This color of light helps us to see better at night and reduces eye fatigue when driving in the dark. as it creates a crisp and clear view.

Luminosity, or brightness, is judged by how many lumens a light emits. Only the amount of light matters for quantifiable brightness.

However, the appearance of brightness your eyes perceive is influenced by the color temperature. Even though both 6000K and 6500K emit a bright light, 6500k will appear slightly brighter because its appearance is colder as it contains more blue light.

So 6500K is only actually brighter in output than 6000K when more light is being created, but will feel slightly brighter.

The supplementing of daylight from LED strips and LED ceiling panels which use the 6000K and 6500K color temperature range, can work well in providing a bright white light that gives an energizing atmosphere.

For professional environments such as offices or studios, it is often recommended to opt for the slightly higher 6500K so you get a purer and brighter natural daylight look.

However, both of these colors options will be too cold and harsh in a home or hospitality setting unless used in more functional spaces like laundry rooms, workshops or garages.

In conclusion, 6000K and 6500K are both considered to be high-quality ‘daylight’ white light but they differ slightly in hue, with the latter being slightly brighter and bluer than the former. 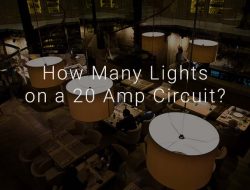 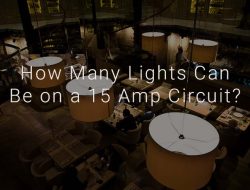 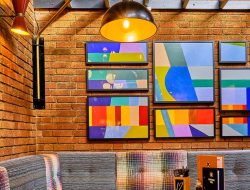