How Bright is 1100 Lumens? Your Lumens Brightness Guide

How bright is 1100 lumens? Just what is that level of light good for? We give you real life applications and comparisons to help you understand what levels of brightness certain quantities of lumens will deliver.

A Lumen is a measure of the total amount of light emitted from a source.

When you are looking for how bright a certain light bulb or lighting product is, the number of lumens is what you need to use as your comparison.

1100 Lumens is a very good level of light for LED, CFL or incandescent lighting. It’s suitable for recessed lighting, downlighting, up lighting within pendants, and even for a bright table lamp.

An 1100 lumen solar light is going to be brighter than most LED solar lights on the market but still possible depending on the efficiency of the solar panel.

Be sure to look for the expected run time per full charge as more power is required from the rechargeable batteries to power them for a useful amount of time.

The brightness of a flashlight is rated in lumens. A standard flashlight will have around 50 to 100 lumens.

For general use, a torch with 400-600 lumens should be bright enough but if you are looking for a headlight for running or cycling, then 1000+ lumens is ideal.

The brightness of an 1100 lumen torch (UK for flashlight) is the power of light of 1100 candles. This level is regarded as a very bright level of torch suitable for most outdoor tasks. The throw of light can be up to approximately 300ft or 100m distance.

To compare how much light you get with different lumens levels, imagine a one by one meter room. If the room has an incandescent bulb which emits 1100 lumens then it can illuminate that area to roughly 110 lux (depending on the reflectivity of surfaces in the room).

LED light is directional and very efficiently delivers light compared to most other light sources. This amount of light is distributed with minimal wastage and creates a brighter intensity on a surface than 1100 lumens from other technologies.

LED light when a cool white color temperature of 4000K to 6500K will feel brighter with the same amount of light when compared to the warmer yellowish tones of 2700K soft white or 3000K warm white.

Is 1100 Lumens Bright Enough As the Main Ceiling Light?

For an average sized room in your home, an 1100 lumen LED is the entry-level choice to be the main ceiling light. It will provide enough brightness for general activities such as reading, working on a computer or watching TV.

However, although 1100 lumens is bright, be aware that some output will be lost in the light fixture so you may have to compensate with a higher output or find a fixture with multiple bulbs.

We have more on How Much Lighting Do I Need for A Room?

Is 1100 Lumens Bright Enough for Reading?

The ideal light for reading is a soft, glowing light of around 1100 lumens. This will provide enough illumination to read the page without glare but not be too harsh on your eyes or give off any unnecessary excess UV rays that could damage them over time!

An 1100 lumen headlamp is very bright for outdoor activities such as camping and hiking, with a penetrating throw of light it will suit most applications and be a real asset.

When you look for a camping lantern the brightness of 1100 lumens is effective, achieving the balance of enough light to illuminate your surroundings without too much glare, commonly experienced from the high lumen lanterns, particularly when used in a very dark environment.

An 1100 lumen security light is bright and will easily illuminate the spaces surrounding your property, but is however among the lower brightness levels for an LED security floodlight.

The brightness of an 1100 lumen LED bulb is very bright and suitable for most home lighting applications. This level is one of the brightest outputs you can get from a non-specialist LED light source which will emit enough illumination to replace traditional halogen bulbs providing more efficient savings on energy costs

An 1100 lumen LED strip is around a 12W/m 60 LED strip on a reel of 5 meters Suitable for accent lighting, up lighting and task lighting.

An 1100 lumen LED downlight is very bright for residential applications and is regarded as a very good recessed light output, providing an intense beam of light.

Although wattages are often used when describing how bright a bulb is, lumens are a better measurement. When comparing lumens to watts you need to consider the type of light source being used as the greater the efficiency the higher the lumen level created per watt of power used.

A 1100 lumen LED bulb is equivalent to approximately a 80 watt incandescent light bulb or 12-watts for an LED strip.

A degree of kelvin is the unit of measurement for color temperature, therefore there is no direct comparison with kelvin to lumen. However, an impression of brightness will increase with a high degree of kelvin as the light seems colder and brighter to the viewer.

Lumens and Candela. Lumens is the total amount of light from a fixture. Candela is how much of that light from a fixture shines in one direction. So 1100 lm would be less than 1100 candela with the candela only quantified if the angle of beam width is known.

How Bright is 1800 Lumens? Your Lumens Brightness Guide 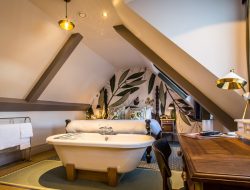 How Bright is 1100 Lumens? Your Lumens Brightness Guide

How bright is 1100 lumens? Learn where best to use this level in the home & outdoors, how much area it covers with example products & watts vs lumens guide. 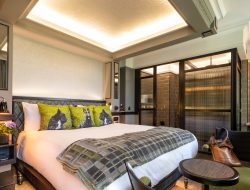 How Bright is 1400 Lumens? Your Lumens Brightness Guide

How bright is 1400 lumens? Learn where best to use this level in the home & outdoors, how much area it covers with example products & watts vs lumens guide. 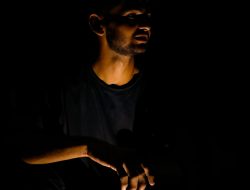 How Bright is 5 Lumens? Your Lumens Brightness Guide

How bright is 5 lumens? Learn where best to use this level in the home & outdoors, how much area it covers with example products & watts vs lumens guide. 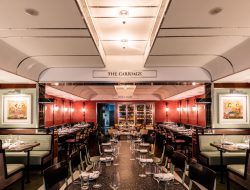 How Bright is 900 Lumens? Your Lumens Brightness Guide

How bright is 900 lumens? Learn where best to use this level in the home & outdoors, how much area it covers with example products & watts vs lumens guide. 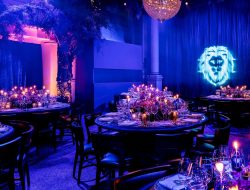 How Bright is 90 Lumens? Your Lumens Brightness Guide

How bright is 90 lumens? Learn where best to use this level in the home & outdoors, how much area it covers with example products & watts vs lumens guide.