How Bright is 300 Lumens? Your Lumens Brightness Guide

How bright is 300 lumens? A common question for those who are considering buying lighting for their home or choosing a flashlight. We give you real life applications and comparisons to help you understand what levels of brightness certain quantities of lumens will deliver.

When you are looking for how bright a certain light bulb will be, whether it is LED, CFL or incandescent – the number of lumens is what you need to use as your comparison.

A Lumen is a measure of the total amount of light emitted from a source. 300 lumens means the light has the intensity of 300 lumens.

300 Lumens is a relatively low level of light for LED, CFL or incandescent lighting. It’s suitable for reading and accent lighting and in the region of lower output poorer quality GU10 LED lamps. For more practical uses you would want to go up to around 400-500 lumens to be more effective.

The brightness of a 200 lumen flashlight will provide a far reaching beam of light as all the illumination is focused and directed forwards and efficiently by it’s design. If the beam width can be adjusted then the wider the beam the less intense the light will be and feel less bright. The tighter the concentration of light from a narrower beam, the same amount will feel brighter and travel further.

The brightness of a 300 lumen torch (UK for flashlight) is the power of light of 300 candles. A typical 300 lumen torch is regarded as a bright level of torch suitable for hunting, sailing, hiking and tactical tasks. The throw of light can be up to a 50m distance.

The brightness of a 300 lumen bike light is a super bright level of cycle headlight. You will always see where you are going with that amount of light concentrated through it’s focused beam angle.

To compare how much light you get with different lumens levels, imagine a one by one meter room. If the room has an incandescent bulb which emits 300 lumens then it can illuminate that area to roughly 30 lux (depending on the reflectivity of surfaces in the room).

LED light is directed very efficiently especially compared to other lighting sources. This amount of light is therefore distributed with little wastage and creates a brighter intensity on a surface than 300 lumens from other sources.

LED light when a cool white color temperatures of 4000K to 6500K will feel brighter with the same amount of light when compared to the warmer yellowish tones of warm white.

Is 300 Lumens Bright Enough for Reading?

For reading purposes a light of around 300 lumens will be enough to read by especially if an LED source. However this will depend on how far away the light source is from the book. Close up sources at 300 lumens could be too bright for more sensitive eyes. If this amount were originating from within a shade of a table light then the light lost when coming through the fabric may reduce it too much to read by.

Solar lights that emit around 300 lumens are good enough to light your garden path or driveway up well at night, but not bright enough alone if you want to illuminate large spaces like gardens with trees and shrubs.

A 300 lumen head torch is excellent for outdoor activities such as camping and hiking, even DIY projects. With a penetrating throw of light it will suit most applications.

When you look for a camping lantern the brightness of 300 lumens is one to bear in mind as it will be bright enough certainly if not too bright. You want something that illuminates your surroundings but does so with ease and comfort on the eyes, preferably without blinding others either.

An energy efficient 300 lumen LED bulb is a gentle low level of light, not quite replacing a 40W incandescent light. Suitable for candle shaped LED bulbs in chandeliers and wall lights.

An 300 lumen LED strip is around a 5W/m 60 LED strip on a reel of 5 metres. Suitable for accent lighting and close up task lighting from under kitchen cabinets.

How Bright is 300 Lumens in Watts?

When considering how bright a light is in watts you need to consider the type of bulb or light source.

A degree of kelvin is the unit of measurement for color temperature, therefore there is no direct comparison with kelvin to lumen. However, an impression of brightness will increase with a high degree of kelvin as the light seems colder and brighter to the viewer.

Lumens and Candela. Lumens is the total amount of light from a fixture. Candela is how much of that light from a fixture shines in one direction. So 300 lumens would be less than 300 candela with the candela only quantified if the angle of beam width is known.

Andrew Orange , the owner of Orange Lighting qualified and worked as an interior designer in 1993 before specialising in lighting working on high profile projects based in London. Since starting Orange Lighting Ltd in 2003 he has been sharing his knowledge and unique teaching style mostly to his designer clients, offering practical real life advice born from running a busy consultancy and lighting supply business. Launching in 2020, his blog has evolved into Quick & Easy Lighting, curating some 25 years design experience into making the lighting choice and design process achievable and easy to understand for all. 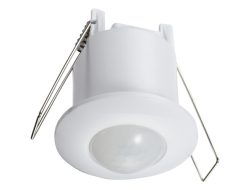 What is a PIR Sensor

A PIR sensor is often seen in lighting but why? Explore what PIR means, how it works, how to choose it and when you should use it within your lighting choices. 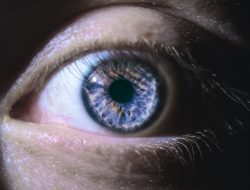 Why Do LED Lights Flicker?

Examining common causes of why do my led lights flicker with possible quick remedies to stop your LED lights flashing. DIY fixes with fault checklist to assist. 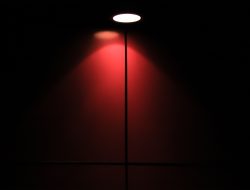 Explaining what the difference between 2700K and 3000K in terms of color temperature. Which do you use in what situation? 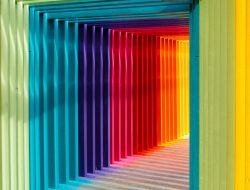 Reference the best LED light colors to create the perfect mood for different situations around the home, with the best LED color to use in the important rooms 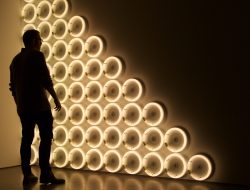 How Bright is 800 Lumens? Your Lumens Brightness Guide

How bright is 800 lumens? See our watts vs lumens guide & know where best to use this level in the home & in flashlight, bike lights and other products.